Warming Up to the Ice Breaker

An experienced job seeker will know the tone of the interview after the initial greeting between the Hiring Manager and the candidate. Most trained Interviewers will begin the conversation with what has been labeled as an “ice breaker” question or comment.

The Hiring Manager realizes that in most situations, the candidate is nervous entering the conversation and could use some discussion that will make them feel more comfortable and help establish a relationship. The “ice breaker” then “defrosts” (henceforth the name) the chilly atmosphere and places everyone in a better spot to have a productive interview.

The “ice breaker” is usually done prior to everyone being settled into their interview positions. It can be started right after introductions and the greeting at the lobby on your way to the interview location with the Hiring Manager. If you are being brought to the Hiring Manager, then expect something to be said as seating arrangements are being finalized and everyone is settling in.

The “ice breaker’ can be in the form of a general question, or a comment that is designed to solicit general agreement or a similar response. Examples of a general question can be as simple as “How are you doing?” to a slightly more complex, “Did you have any trouble getting here.”

If the Hiring Manager chooses to go the comment route, then in Western New York expect it to be weather or Buffalo Bills related. Don’t expect the statement to be too deep, probably something like “it became chilly,” or “that was some game on Sunday…”

This situation is similar to so many during the job search process and the “ice breaker” is likely to serve multiple purposes for the Hiring Manager. As mentioned earlier, it hopefully serves to ease any anxiety the candidate has prior to the actual interview questions. It also allows the Hiring Manager to settle down themselves, buying them a little time to further prepare for the questions that will be forthcoming. Finally, job seekers realize that everything that they do will be analyzed by the prospective employer. In this situation, the Hiring Manager will assess how you were able to make “small talk” as a gauge of your oral communication skills. If you are interviewing for a position were there will be customer interaction, then this will be an important first few minutes. It is highly unlikely that your performance during the “ice breaker” will lead to you landing the position, but it could play a role in NOT being the selected candidate.

There is some strategy to responding to an “ice breaker.” Let’s take a moment to address some key areas to consider:

• Listen Intently: You want to respond to the “ice breaker” with an appropriate response, so you have to listen to what is being said. You can’t be already thinking about the interview to the point where your response is not appropriate, such as responding that you had no problem getting there when asked about the weather.

• Be Short and Courteous: This is not the time to get “gabby.” The goal is to make a positive impression to set up the real interview questions that will be forthcoming. Assuming you will have the interview end on time, then an extended “ice breaker” will come at the expense of you explaining why you are the perfect fit. If you are interviewing on a Monday, then a likely question may be regarding your weekend. Provide a short and positive answer, and then be courteous by asking the same question of your Interviewer.

The ”ice breaker” has been part of the interview process for a very long time and even the toughest interviewers usually will engage in the practice. This should be a relatively simple hurdle for you to leap as you are being evaluated throughout the process. Just remember to answer directly, be short/concise, and avoid any type of negativity or controversial stances, and you should do just fine in this area.

As always, best of luck in your job search.

The following has been prepared for the general information of RochesterJobs readers. It is not meant to provide advice with respect to any specific legal or policy matter and should not be acted upon without verification by the reader.

Feel free to contact Joe Stein regarding questions or comments at:
Joe Stein 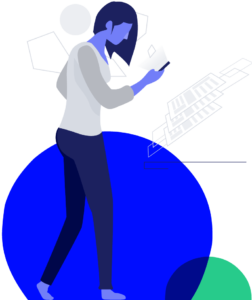